Got My Transferred Film Back!

Before the break, I posted some shots of my final film. The screen shots were achieved using the old trick of pointing my video camera at the Moviola screen. Since then, I have paid to have a real transfer of the film done by the Debenham Media Group in Pittsburgh. I finally got the results back, and they're a pretty impressive improvement! The following shots do my best to mirror the same shots I put up last time. 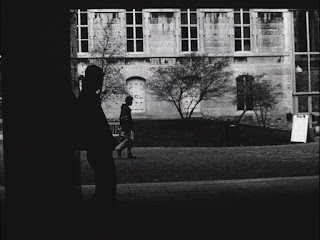 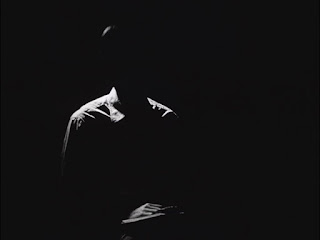 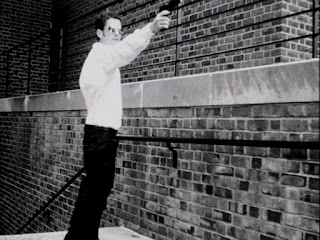 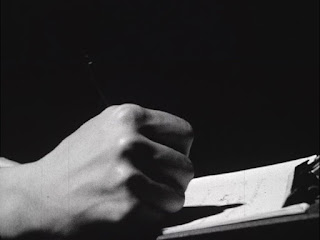 Unfortunately, there's some issues that keep this transfer from being pristine: Some of my splices were apparently not up to snuff, so on about half the cuts, the picture "jerks" a little right before the cut. Also, there's a few scratches, and quite a bit of dirt. All of this could, of course, be called my fault, not Debenham's. Judging purely on the clarity and sharpness of the images, I'd say they did a fine job. (And it only cost me about $40... it's kinda sad that working in film has made me regard that as cheap, isn't it?)

Hopefully I'll have the video available online somewhere sooner rather than later. I still want to tweak it a bit first.
Posted by Mike Hanley at 3:19 AM No comments:

Email ThisBlogThis!Share to TwitterShare to FacebookShare to Pinterest
Labels: film

The Future of Computers - Or At Least I Hope So!

A while back, I mentioned a video about some really cool multi-touch interaction research being done by Jeff Han and others at NYU. Like most of the rest of the internet, I was fairly impressed by it.

Well, the little research board has matured a bit. It can now be set up as a truly massive video wall, going even further in a "Minority Report" direction. To top it off, the experiment has become product, as one of these monsters has been sold to the military for a reported 6-figure sum.

Of course, there's a new, even more amazing video...


(Larger video here, but with ads)

Yes. Yes, yes, yes! That is the computer I want to be using in 10-20 years. In fact, I might go so far as to say if I can't get a computer like that for my own home in 20 years time, if not sooner, I may feel personally offended!

Ahem. All drooling aside, I wonder how all of this relates to the in-some-ways-similar (if smaller in scale) iPhone multi-touch interface, especially with regard to Steve Job's comment that "And boy have we patented it!" (Not sure if that's the exact quote)

Full Article: "Can Touch This"

As an aside, that video is being hosted by Brightcove, one of the many would-be YouTube challengers that has sprung up recently. It's one of the one's I've been considering for hosting my own movies - what do you think? (quality, interface, the actual Brightcove site?)
Posted by Mike Hanley at 11:43 PM No comments:

Email ThisBlogThis!Share to TwitterShare to FacebookShare to Pinterest
Labels: geekery

Alright, this is the "big thing" coming up that I hinted at on this blog about a month ago. Some people I have already told, but I didn't want to shout it from on high until it was approved and "for sure." Well, I just got the confirmation e-mail (finally!) so here it is:

This is effective, well, now basically. I have an informational meeting monday afternoon, then I'll be frantically rearranging my schedule. (Why didn't they have the meeting earlier than the day before classes start? I have no idea...)

I spent a lot of time thinking over this decision last semester, and while some people (family & high school friends) might not see much difference between the two majors, anyone in VPA or Newhouse definitely does (and probably has some misconceptions about the other, as I did).

Oddly enough, this didn't have as much to do with the Film program's "Sparticus" letter incident as one might think. Rather, it was primarily about me doing some soul-searching about where I wanted to be going, and the ridiculously broad range of my interest in "media". Suffice to say, while both programs obviously have their faults, I'm fairly confident in my decision. (Not 100% confident of course - I'm way too big a worrywart for that to be possible...)

I apologize if this caught you by surprise - I know I didn't tell a whole lot of people at the end of last semester, but as I said, I didn't want to make a huge deal about it until it was definite. (I didn't know it would take this long for it to become definite...)

To my friends in VPA: I'm not dropping off the face of the earth! I'm still at S.U., I'm still friends with you guys. Heck, I'm still in the directing class this semester! (probably going to turn all that time with Deb et. al. into a Theater minor) And if I'm not swamped with my own stuff, I'm still up for helping out on people's shoots. (Heck, since TRF is all video, I might relish a chance to keep working with 16 mm from time to time!)

To my friends in Newhouse: Well, looks like you'll be seeing a bit more of me! (And probably hearing a lot of questions regarding scheduling and whatnot...)
Posted by Mike Hanley at 2:14 PM No comments: